Rethinking the use of glass

Glass is a material that, for five thousand years, has accompanied human beings in the way of transporting, storing, decorating, or expressing their artistic imagination, since that first glass container recorded in ancient times among the Egyptians

We owe the Phoenicians the transparent and colorless glass that we currently know, thanks to the use of fine sand from the Belo River as raw material. But it was the industrial revolution that led to great technological development and large-scale production.

Once the industrial complexity of automating the process had been overcome, since 1925 the production of glass containers became widespread. Currently the capacity to produce glass containers is around 700,000 bottles per day, only in the United States. This increase in production was accompanied by an increase in the exploitation of natural resources. This, linked to the fact that it is an energy-intensive process, caused the glass industry to find a more profitable and environmentally sustainable way of producing. Glass itself is a recyclable material, which once recovered can be melted down and/or reused indefinitely. In Spain the first glass container was installed in 1982. In fact, 80% of its glass consumed is recycled (2019 data), in line with the European average of 78%.

Silicon oxide has a melting temperature of over 1800ºC and when incorporating alkaline oxides such as (CaO and NaO) the melting point decreases to 1600ºC and the liquid flows better. If it is also melted with a proportion of glass, the temperature is reduced even more. Therefore, recycling glass means, on the one hand, a reduction in the consumption of raw materials necessary to incorporate it into the production process, and on the other hand, a reduction in energy consumption.

Figure 1. Evolution of the registered tons of collection from 2013 to 2021 of Ecovidrio represented by EpData.

Not all glass can be recycled in glass production. Two fractions are extracted from the glass recycling process: a recyclable fraction, which is the fraction that accomplishes the requirements of the industrial process as a new raw material. And a non-recyclable fraction that is mainly made up of plastic or metal sheets, decorative stickers, organic waste, porcelain, etc. This fraction represents 2% of the glass waste that is processed, this fraction has 8% of other materials such as metal sheets, plastics, labels, etc. incorporated into its composition. This material accumulates in glass recycling companies without a specific use, which leaves it out of the well-developed circular economy of glass. Beyond optimal waste management, developing new applications for these fractions is an objective that results in sustainability.

Due to its volume of consumption, the construction sector is one of the sectors that can contribute the most in valuing waste materials or by-products in new uses. Recycled glass has been successfully incorporated into the cement formulation thanks to the reduction of the glass particle size through micronization. This resulting quite fine powder reacts with the cement increasing the physical properties of the concrete and is also distributed in the pores formed during the curing of the concrete, increasing the compactness. However, the most important thing at an environmental level is the reduction of the cement content in the concrete mixture. The fact of replacing 30% of the amount of cement with micronized recycled glass reduces 20% of the gasses emitted by the cement industry into the atmosphere. There is still a way to go in developing micronizers capable of being a viable process and accomplishing considerably large demands for ground glass.

The development of new applications with greater added value can reinforce the development of these technologies. In the field of medicine, they have been studying for some time the biocompatible properties of amorphous glass. Apparently, amorphous glass has antibacterial and proactive properties in the cellular reactivation of bone tissues. Many researchers have worked on the treatment of prosthetic surfaces in order to prevent the settlement of bacteria. When a biomaterial is inserted into a prosthesis, it interacts with the molecules of the body in a natural way, specifically on the surface of the material an adsorption of macromolecules is produced, creating the biofilm. The incorporation of these macromolecules is the reflection of a good response to biocompatibility, avoiding rejection by the body. If the bacteria binds to the macromolecules, remaining adhered to the surface of the biomaterial and generating microfilaments (Biofilm) to promote the free movement of bacteria, it could mean the generation of colonization and subsequent infection of the tissue. The coating of the prostheses with glass delays the effect of biofilm production.

RIMSA has integrated the circular economy into its DNA since it was founded in 1985 as Industrial Metal Recovery SA, when this term had still been coined. Continuing to rethink the use of glass is what allows innovation to advance by finding new applications for materials, adapting to the current and future needs of the population. Within the framework of rethinking the use of glass, at rimsa we are advancing in developing the “Know-How” on the recovery of low-recyclability materials, such as the fraction of rejected glass recycling. 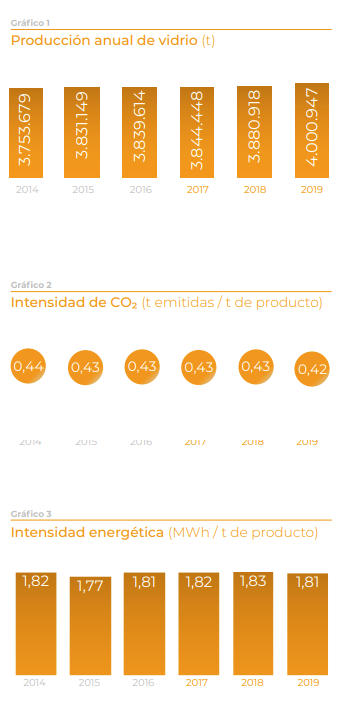