Now that most noxious fumes and particulate matter has been cleansed from exhaust pipes, the PM emissions coming from brakes and tires are playing a star role for the global regulatory agencies

Look out, the emissions police may soon be coming for your tires and brakes. Now that most noxious fumes and hazardous particulate matter have been cleansed from exhaust pipes, global regulatory agencies that monitor those nasty 2.5-10.0-micron particles that can lodge in your lungs and irritate your eyes, nose, and throat are zeroing in on brake dust and tire emissions.

Not even electric vehicles and other “clean” vehicles can escape these measures. But non-exhaust PM emissions will prove devilishly difficult to measure, let alone regulate. Happily, there’s already a solution to the brake dust problem that pays handsome aesthetic dividends: clean wheels and mirror-finish rotors.

Research by government air quality experts in the United Kingdom found that non-exhaust particle emissions contribute to well over half of particle pollution from road transport. Closer to home, the California Air Resources Board awarded the University of California-Riverside a research contract to investigate the impact of brake dust, tire wear, and road dust resuspension on near-roadway environments over a two-year period ending in mid-2021. 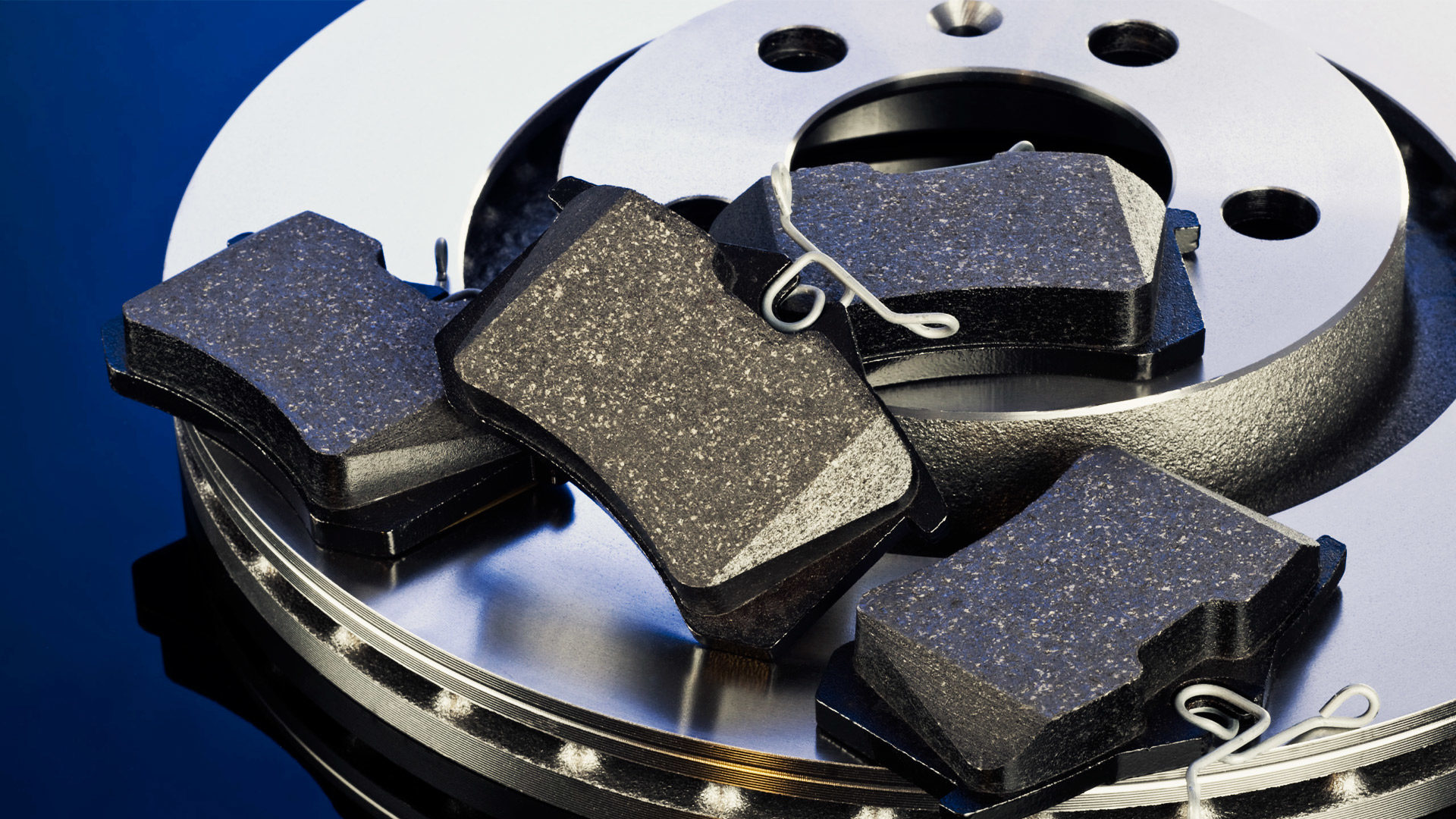 A solution to the brake wear problem has already been commercialized, if not “democratized.” The concept first broke cover as standard equipment on the Porsche Cayenne Turbo under the moniker Porsche Surface Control Brakes (PSCB), and just months ago Brembo rolled out a very similar concept under the name “Greentive.”

In each case, a typical gray cast-iron rotor undergoes a thermal spray coating process known as high-velocity oxygen fuel coating (HVOF). HVOF involves combusting a fluid fuel and oxygen, then forcing the gas produced out through a nozzle at supersonic speeds. A powder—in this case, tungsten carbide—gets injected into this stream, partially melts without altering its chemistry, and gets deposited on the workpiece, as a dense, 0.1 mm thick, low-porosity coating with extremely high bond strength.

In each case, the result is a mirror-like finish on the rotor that never rusts and that greatly extends the life of both the pads and the rotor. Curiously, Porsche pegs the pad and rotor wear improvements at 90 and 30 percent, respectively, while Brembo reverses those—pad wear is reduced by 30 percent, rotor wear by 90 (when the Brembo logo embossed in the rotor disappears, it’s time for new rotors). The Greentive project was undertaken as part of the European LOWBRASYS initiative to develop a low-environmental-impact brake system, which resulted in a claimed reduction in particulate emissions of 50 percent.