The journey of the friction industry – Part 3: The copper-free race

After visiting the chilean seashore and chinese industrial states, let me bring you now to the US political corridors, where the legislation addressing the presence of copper and other heavy metals in friction materials was born, in 2010, in the states of Washington and California [1]. And like it uses to be when politics are involved, there are different perspectives to understand why this happened.

Several studies have reported that brake wear is the main cause of copper emissions to the environment (up to 75 % in Western Europe) [2] [3]. Environmental organizations then sustained that these metals can find their way to water supplies and not only affect the environment but also bioaccumulate in fish and molluscs to indirectly arrive to our consumption products [4]. The inflection point came when copper was related as main cause for the extinction of salmon and rainbow trout due to its neurotoxic behaviour in fish [5] [6] [7].

But there are clouds on the fact that, being the Water Quality Control Plan of California so restrictive, the limits in heavy metals are established in terms of Hardness only [8]. The Copper Development Association (CDA) has recently encouraged the Regional Water Board to consider the copper biotic ligand model (BLM) for the basis of the Basin Plan’s freshwater copper water quality objectives [9].

We must understand that if the expected quality is not attained, extra taxes will revert on the citizens. And there are also other causes for the increase of copper in water. Fungicides, wood preservatives and boat antifouling paints can also contribute to high levels of copper in the aquatic environment, in addition to imported and exported goods travel by sea, resulting in a continuous increase in shipyard activities and maritime traffic [10].

This is how the US placed in the pole position in the pursuit to remove all copper-based products from friction material formulations. Being automotive a global industry, the trend has also impacted in other regions, even if they have no legislation. As mentioned in previous publication, the concern of Europe is to reduce the emissions. The functionality of products such as copper, brass and bronze lay down on its capacity to remove heat from the PAD interface due to the high thermal conductivity of these materials (while providing also a reinforcement and formation of primary plateaus), increasing the fade resistance and reducing the wear [11].

Then, the copper-free race set on 2021 its first goal. On that point, it will be mandatory to start cutting the content of copper in brake PADS formulations in products that can be sale in California and Washington. More specifically, the rule will allow only 5 % copper in PADS, while in 2025, the maximum amount allowed will be only 0,5 % [12].

Change in US regulation of chemical substances for brake pad [13]

This race has forced many players in the industry to invest big time and money in developing alternatives to the copper based formulations, able to provide the same level of safety. No one single material can replace copper. And no single solution has raised. Many of the solutions have lead to deep changes in the formulations, with the increase in the usage of metal sulfides.

Metal sulfides are friction modifiers that contributes to the formation of the Third Body Layer (TBL), by providing stability of the coefficient of friction at high temperature, while reducing fade and wear  [11]. One of the most popular are tin based sulphides. There are several compositions, but because the high percentage of Tin, all are quite expensive and LME dependent. Thanks to our R&D efforts, we are building a correlation in between the oxidation temperature range of the sulfides and their effect on performance and wear in the friction material. This is how we developed our SF range of Iron/Tin sulphides Composites. Their unique microstructure allows us to modify the oxidation temperature compared with a mechanical mix of FeS and SnS of the same chemical composition. With this change, we can get closer to the oxidation temperature of tin-only based sulphides, and very similar performance, but reducing the content of tin and so the price level [14]. 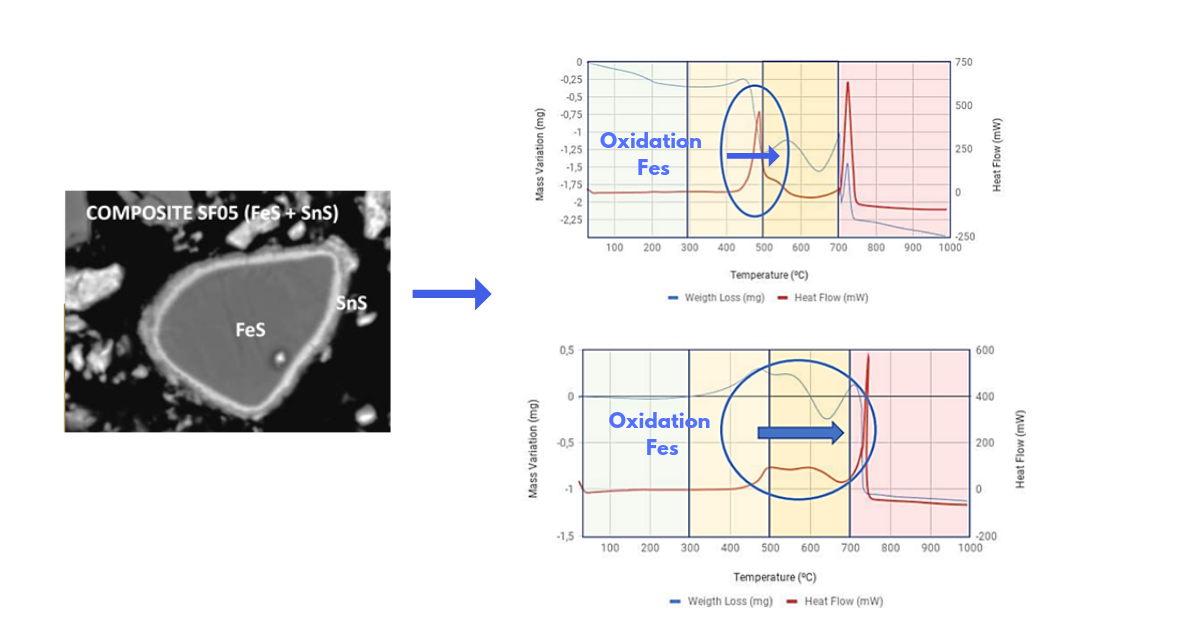 We have said that no one single material can replace copper. But we can say that the synergy among several made it possible. enviroLube is a tin-based synergistic additive which has proved to offer optimal performance by replacing copper in existing formulations, and is now used in OE, OES and AM copper-free projects all around the globe.

[1] Memorandum Of Understanding On Copper Mitigation In Watersheds And Waterways (EPA-NPDES, 2015).

[9] Letter from Robert W. Gensemer (GEI Consultants) and Carrie Claytor (CDA) to Celline Gallon (Los Angeles Regional Water Board) addressing the use of the BLM for the  freshwater copper water quality objectives. April 25, 2018.

[14] EUROBRAKE 2019 (Dresden, May 2019) oral only conference by Dr. Carlos Lorenzana (rimsa) based on internal investigation.